Ahead of the herd

May we introduce you to Toon van Dam, a Dutch boy who completely ran ahead of the herd, and managed to raise an astonishing amount for Cherries on Top.

At the early start, Cherries on Top was no more than a foundation that lived in the heads of friends of which one just got diagnosed with cancer. No platform yet, not even a website, simply an idea and a name. When Toon heard about this idea of a foundation that wanted to take away the fear and sadness of cancer and replace it with hope and strength, he jumped up, asked for a bank account number, and started running. 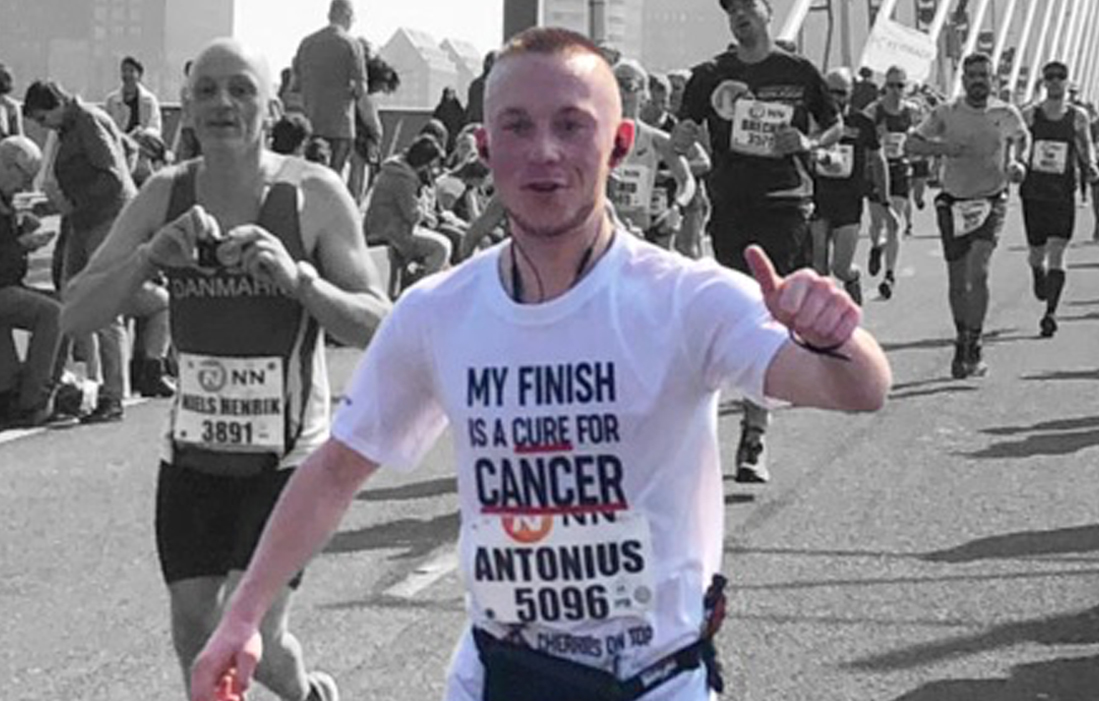 He started running to friends, family, the family of friends, their neighbors, and the relatives of these neighbors. He started sharing payment requests via WhatsApp and social media to make sponsoring him just as simple as clicking on a button.

And he didn’t stop there. He ran to companies to ask for sponsorships in return for their company logo on his shirt. Remember, this was the first time he thought about running a marathon. Knocking on all these doors was a great practice for him to keep running. During all his training he felt the support of all these sponsors pushing him forward. And he didn’t want to just run a complete marathon. He also challenged himself to finish within 3,5 hours and raise at least €1000 for cancer research.

People were so inspired by his initiative and drive to contribute to a solution to this dreadful disease that many small donations and even big donations kept coming in. They even came in while he was running. By the time he crossed the finish line he exceeded his goal of €1000 big time. An immense amount of more than €3400 was raised for cancer research. That is over €80 per kilometer. It gave him wings he said. He gave all he had to finish within the 3,5 hours, but he came just 2 minutes short. And although completely out of breath, one of the first things he said was that running a marathon is nothing compared to getting diagnosed with cancer. People that get diagnosed with cancer run a marathon every day without ever really knowing where the finish line is. So they are the real heroes he said.

Well Toon, for us you are a great example of the change one can make when putting one's mind to it. If all where like you, we’d be ahead of cancer in no time. Thanks for being such an example for so many. It’s not only the money you raised but the dedication you put into it replaces fear and sadness with hope and strength even more.

There’s only one thing Toon couldn’t let go of. Those 2 minutes… I’ll have to do it again he said. And make it for 3 hours and 15 minutes. Classic. 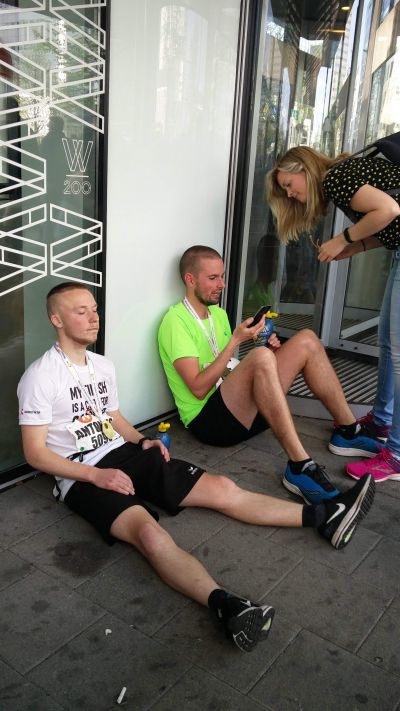 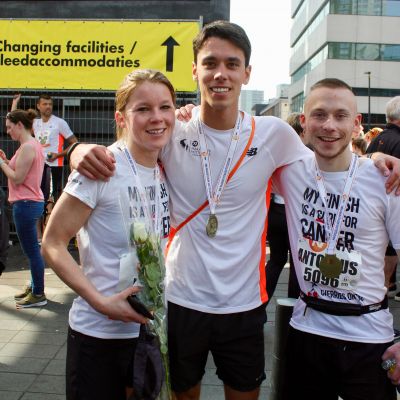 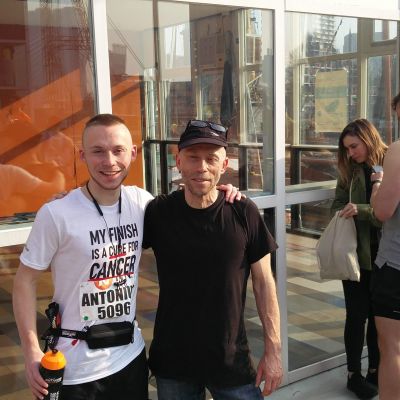 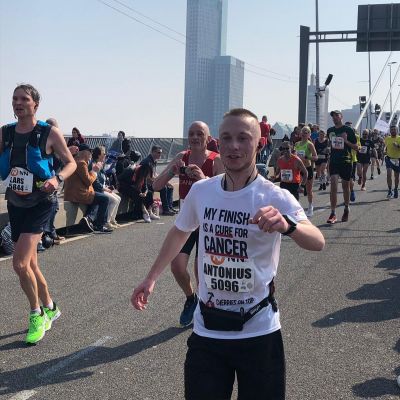